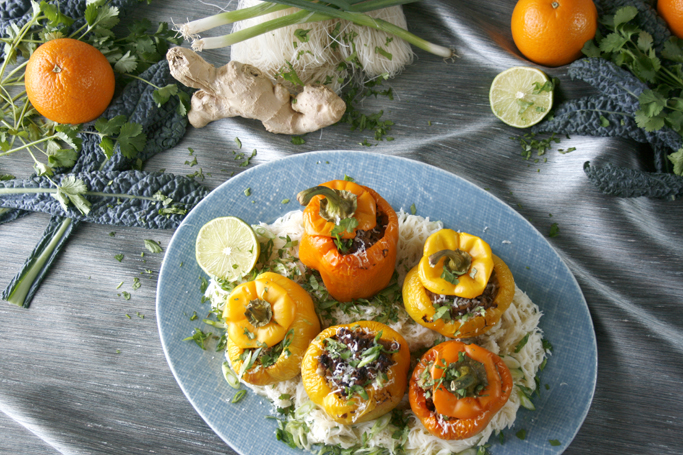 Being sick can have its perks. People close to you pay you more attention. They dote on you and supply what you need in order to make you feel better and to make your suffering as light as possible. A few weeks ago it was Bruno’s turn. A pinched nerve in his back forced him to lay still for much longer than first anticipated. I wanted to lift his spirits and so I asked him one afternoon for dinner suggestions. Surprisingly, he said stuffed peppers. This is something I don’t make often. To be honest I only think I’ve made them once or twice. Usually when we crave them we visit Bruno’s parents. His mom makes wonderful stuffed peppers. Since I didn’t want Bruno comparing mine to what he was used to, I decided to come up with something completely different.

A peak in the fridge and I realized no ground beef was to be found. Ground chicken on the other hand we had. An Asian inspired dish came instantly to mind. Now, I was getting excited.  I decided to leave out the rice which is usually mixed with the beef and instead served the peppers on a bed of rice vermicelli noodles tossed in orange juice and green onions. And the chicken? Well, lemongrass, cilantro and good helping of ginger. Loveliness. 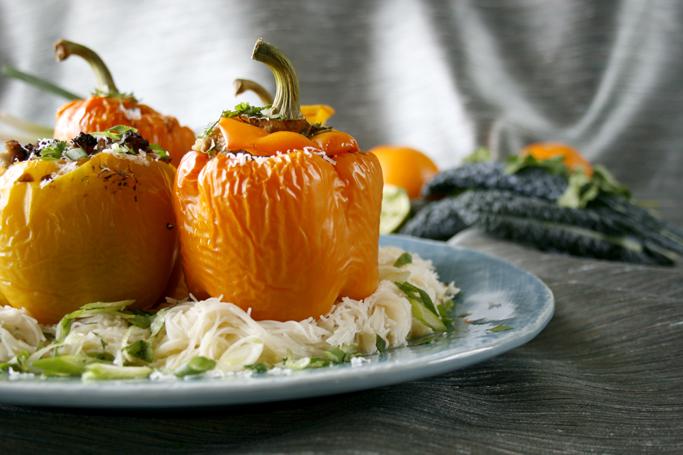 Zest of one lime

In a large pan sauté the ground chicken in the olive oil over medium-high heat until just cooked. Remove meat with a slotted spoon and set aside. Add the vegetables and the rest of the ingredients. Let cook on medium heat for 5-10 min. Add the chicken back into the pot. Stir well. Set aside.

With a small pairing knife, cut around the top of the peppers and lift out the centre. Clean the inside of the peppers from white flesh and seeds. Trim bottom of peppers carefully to make them stand up straight, but make sure not to cut through. They need to stay as a sealed bowl.

Place the peppers on parchment paper on a baking sheet then stuff the peppers with the chicken mixture. Grate parmesan cheese on top, then put in the middle of the oven for 40-45 min. until slightly browned and soft.

In the meantime, cook the vermicelli according to the package. Drain and set aside.

In a large bowl mix together the rest of the ingredients. Add the vermicelli and stir well. Keep warm.

When serving, place some vermicelli on a plate and place a stuffed pepper on top. 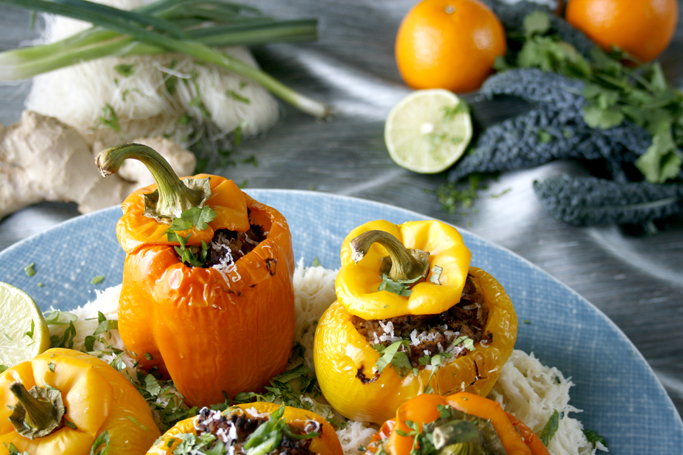 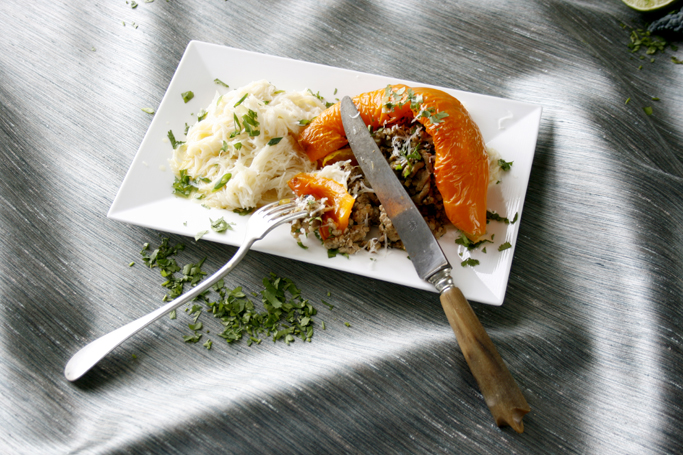