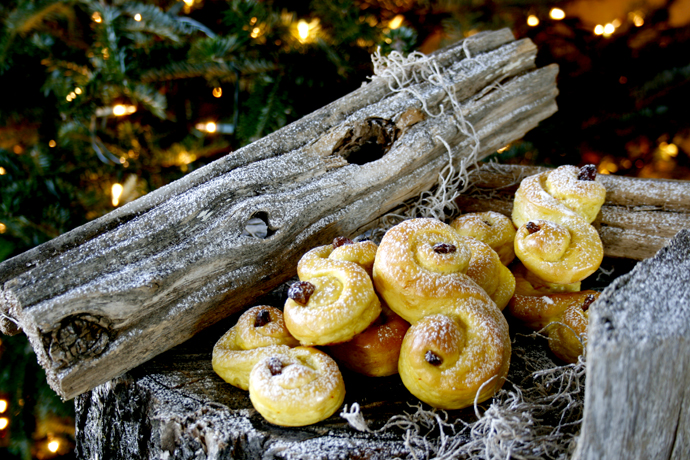 Lucia. The old Scandinavian tradition where girls dress up in white dresses with a candle-lit wreath on their head and guys, often rather embarrassed, in tow wearing funny pointy hats while holding a big golden star. Dating back to 3rd Century Syracuse, Sicily, Saint Lucy supposedly brought food and aid to those in need, spreading light and peace in the dark winter months. The candle-lit wreath was used to free her hands in order to carry more food.

Lucia always falls on December 13. This is when these soft golden saffron scented buns with raisin decorations are first introduced for the season. They are then served at most coffee breaks until shortly after Christmas, when they will not be seen again until the following year. Often served along alongside gingerbread cookies and a hot cup of Swedish glögg or coffee. I love eating them slightly warm with a glass of cold milk. 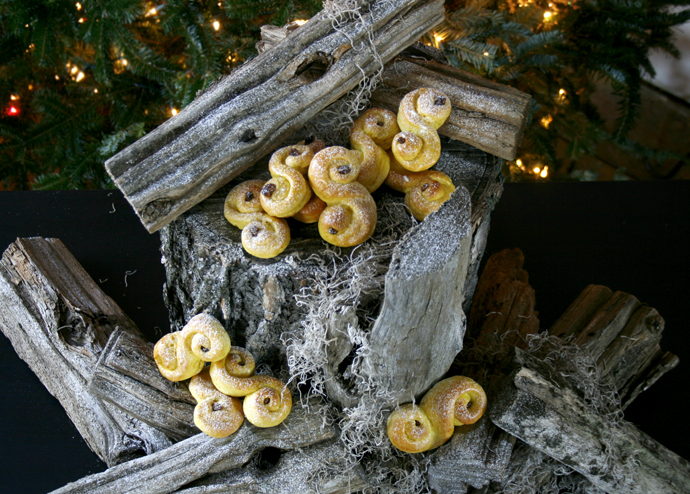 Soak the raisins in the rum.

In a small sauce pan, add 1/2 cup of the milk along with the saffron. Stir and heat up to just below boiling to extract colour and flavour of the saffron. Let cool.

In a medium sauce pan, add the rest of the milk and heat to 37C. Remove from heat and add the yeast. Let stand for 10 min.

In a mixer, add the milk/yeast and saffron along with the ricotta cheese, sugar and salt. Blend well. Slowly add the flour while mixing on low speed. When well incorporated, spoon in the soft butter and mix until smooth. Cover with a kitchen towel and let rest 40-50 min.

Cut dough in half. Cover one half and roll the the other half into a long rectangle, about 6” wide and 1/2” thick.

Cut into thin strips and roll into an S-shape. Place on a baking tray, add the raisins, cover, and let rest for another 30 min. Repeat with the second half of dough.

Brush with whisked egg. Bake in oven 7-10 min or until golden brown. 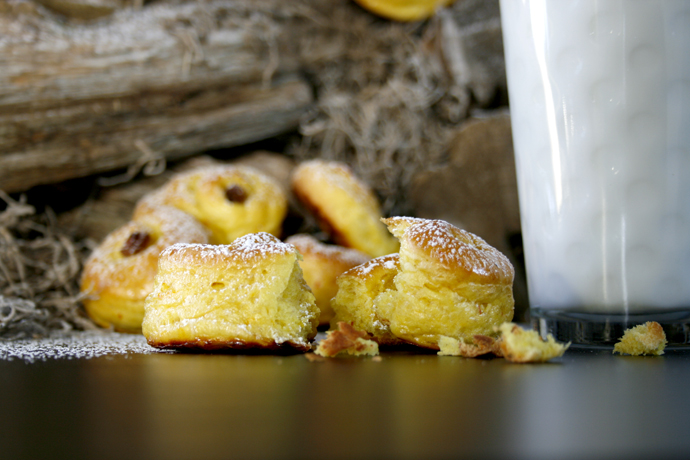 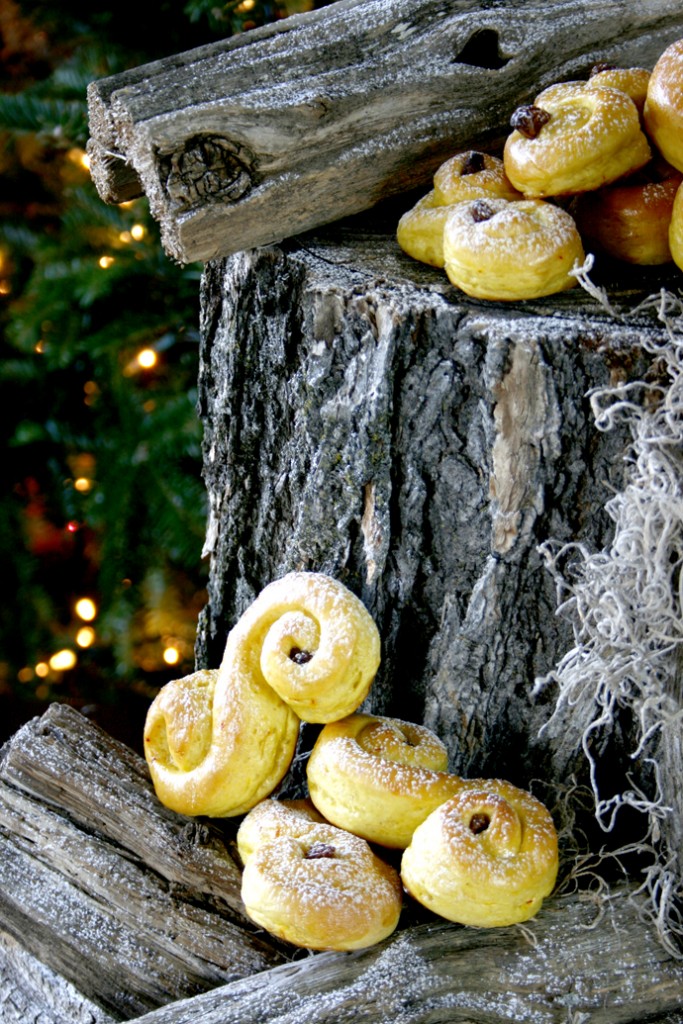